Burial for the Indigent

The Hidden Meis Mitzvah Among Us

The commandment of meis mitzvah is so important, if one encounters an unidentified Jewish body, he must immediately halt any mitzvah or activity he is busy with and not continue until he buries the body.

Yet are there any meis mitzvah today?

You  may think of a Meis Mitzvah as a rare occurrence. Yet Chesed shel Emes saves thousands of Jewish deceased from a terrible fate after death, every year.

Who are these people?

She’s the sweet elderly woman who slowly walks down your block every day. A Holocaust survivor alone in the world.

He’s the homeless person you saw huddled on a stoop on the sidewalk every day. Until the day he quietly disappeared.

The destitute victim whose grieving family can’t provide the means for a halachic burial.

The  young man who passed away so young -and his family is unaware of the importance of a Jewish burial.

What happens to these people after they die?

Some are buried in anonymous mass cemeteries, deprived of the halachic rituals needed to bring their soul to eternal rest. Others are cremated, their body burned to ashes and their bones crunched to pieces, violating Jewish laws of dignity after death.  And sadly, some of their bodies wander from university to university, dissected and desecrated for the furthering of science without ever being laid to rest.

Chesed shel Emes takes on the immense task of burying hundreds of unfortunate people who have no one else in the world to bring them to kevurah. It’s an awesome responsibility. And one of the most tremendous mitzvos we can perform today.

When the fate of a Jewish victim is uncertain , they turn to Chesed shel Emes. 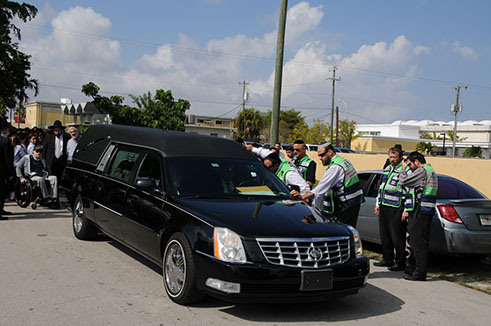 The rewards for this mitzvah - a kindness in its purest form and the only mitzvah called a Chesed shel Emes - are unimaginable. Even the kohen gadol, the saintly High Priest whose sanctity didn’t permit him to attend the funeral of his own child, was commanded to bury the meis mitzvah he encountered.

Chesed shel Emes is the address people know to turn to, when the fate of a Jewish niftar is up in the air.

What happens after Chesed shel Emes gets the call?

Things happen very quickly at Chesed shel Emes after the organization learns of a meis mitzvah.

Years of building contacts and maintaining cordial relationships with major hospitals, law enforcement, coroners and medical examiners bear fruit. Chesed shel Emes pulls in all its resources to prevent autopsies, organ donation forbidden by halacha, cremation and donation of the body to universities and colleges.

The CSE volunteers who selflessly give their time and resources are humbled and grateful each time anew when they can save a Jewish niftar from a terrible fate.

Every meis mitzvah is given utmost respect and dignity. They are zoche to taharah, levaya, kevura, matzeiva, and all accepted minhagim by Klal Yisrael.

Chesed shel Emes’s greatest, deepest joy is when we can succeed in giving a Jewish body the respect it deserves, purify it and preserve its inherent holiness, and allow every niftar to ascend to the next world to an eternal rest.

Helping families in time of

Chesed Shel Emes is a recognized and certified 501(c)(3)